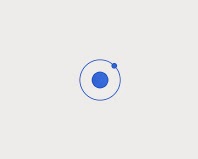 Its not easy to use command line tools. So, Ionic team combine the CLI’s functionality with an easy-to-use graphical interface.

Ionic team released Ionic Lab which power of the Ionic CLI through a beautiful and intuitive desktop app for both Windows and Mac. Ionic Lab provide good feature to manage Ionic application in easy way.

Difference between component and directive in Angular 2 ?

Understand _id and ObjectId in MongoDB.

Replace all string in HTML page with jquery

Replace all occurrences of a string in HTML page with jquery