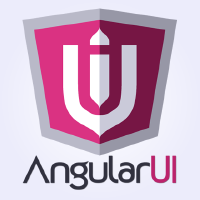 QuantumUI is core components set of AngularUI and It includes 23 commons component based on AngularJS and Bootstrap. Also there are two Pure CSS3 based solutions called effect.css and titip.css which are developed by AngularUI.

Bootstrap – Bootstrap is a responsive front-end framework . Which use for design and development of responsive websites.

Bootstrap is design to work on responsive manner means bootstrap automatically scales according to device.  http://goo.gl/LQ2dd1

Less –Less is a dynamic stylesheet language. In Less , programmer can write stylesheet dynamically. Its good for project where stylesheet need in dynamically nature means in run time.

We can extends the CSS language, by adding variables, functions and many other programming techniques that allow us to make CSS on run time which can make CSS more maintainable, themable and extendable.

How to call JavaScript, JQuery, Angular $scope function from Console