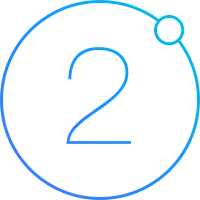 Ionic 2 still in development phase, But Ionic Team released Ionic 2 Alpha version for developer. Documentation released by Ionic Team. Ionic 2 is based on Angular 2 and comes with amazing performance, usability and feature improvements from Angular 2.

• Ionicons v3 – Now SVG and also match up nicely with the native icons on both IOS and Android.

You can read Ionic 2 documentation on following URL.

You can watch Ionic 2 ( AngularConnect 2015) video on youtube.com